I rise today to speak in recognition of this year’s ANZAC Day. In 1914, as conflict broke out across Europe, Australia—a federated nation for just 13 years—was thrust into war to support Britain and the commonwealth. On 25 April 1915, Australian and New Zealand troops landed on the beaches of the Gallipoli Peninsula to fierce resistance. That day marked the first major military action fought by Australian and New Zealand forces. It was the start of a determined but damaging eight-month campaign that, sadly, saw 8,000 Australian lives lost.

Today, 25 April marks one of Australia’s most important national occasions: ANZAC Day. The first ANZAC Day ceremonies were held in 1916, one year after the ANZACs’ fateful landing on the Gallipoli Peninsula. The day was marked by ceremonies held across Australia as well as a march of more than 2,000 Australian and New Zealand troops through London and even a sports day in the Australian military camp in Egypt.

During the 1920s, ANZAC Day was established as a national day of commemoration for the 60,000 Australians who had died in the Great War. Today, ANZAC Day ceremonies take place annually on 25 April across Australia and New Zealand as well as other destinations around the world, such as London and Gallipoli. ANZAC Day has become an important moment of national reflection for all Australians. It is an opportunity to recognise our fellow Australians who have in conflicts past and present sacrificed so much defending our country and our way of life.

Undoubtedly, COVID-19 was tremendously challenging for everyone in South Australia, across the nation and around the world. The reality of COVID restrictions became apparent in 2020 when for the first time veterans and the community were unable to come together to support ANZAC Day. Although restrictions were needed at the time, I know that cancelling dawn services and marches was particularly challenging for many veterans, but the outpouring of support for our veterans remained.

Instead of gathering at the local RSL, people commemorated their own dawn services at the end of their driveways, they posted on social media and they followed televised services. The adaptability shown by South Australians to recognise the ANZAC spirit was symbolic of the community’s pride in our nation and those who have fought to defend it.

This year, I was pleased to once again be able to join my community in the Riverland and attend the Garden of Memory in Barmera for this year’s ANZAC Day service. Thank you to the Berri and Barmera RSLs, who worked hard to ensure that this year’s dawn service went ahead. I would also like to thank the Berri Barmera Council, who played a critical role in supporting the RSLs to assist them to make the service COVID safe. I was proud to lay a wreath on behalf of the South Australian Liberal Party.

On ANZAC morning, we take the time to reflect on our brave Australian soldiers who displayed exemplary characteristics in the face of conflict. This ANZAC Day I reflected on the life of Riverland local Tom Derrick, affectionately known as Diver, who served in the Second World War and is one of 100 Australian recipients of the Victoria Cross. Diver was raised in Adelaide and moved to Berri in 1931 seeking economic opportunity during the Great Depression. After camping along the riverbank with two friends for a period of time, Diver found work picking fruit at an orchard in Winkie. Coincidentally, the very block—section 209, Winkie Road—once worked by Diver is now owned and occupied by my family.

Diver’s life of struggle and resilience was typical in Australia at that time. Like many, he did not enlist until the fall of France in June 1940 and went on to serve in North Africa and the South-West Pacific. Diver received several military awards, including the Victoria Cross for his courageous efforts against the fierce Japanese resistance in the Battle of Sattelberg, New Guinea. Despite how hard Diver had worked to drag himself out of poverty and build a life for himself and his family in Australia, he still felt compelled to serve his nation. Sadly, Diver sacrificed it all, dying on Tarakan Island in what is now Indonesia on 24 March 1945—the same year the war ended.

On ANZAC Day we remember Diver and the many like him. The loss of Australian lives in war is tragic and that is why it is critical we continue to gather together on 25 April to commemorate those who have fallen and recognise how blessed we are to live in the Australia that we do today. 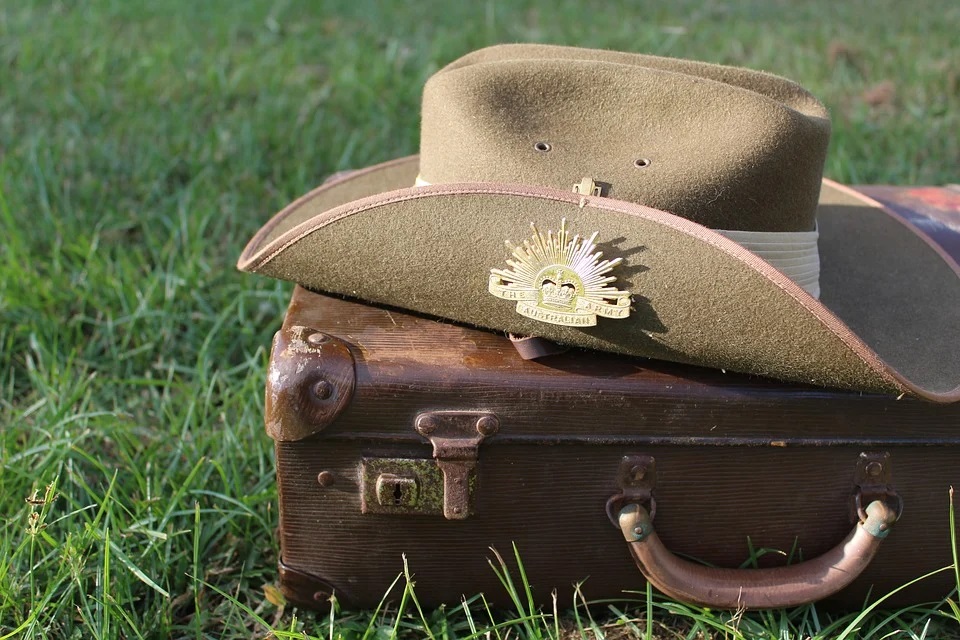