Mr President, I rise today to speak about Legacy Week.

After the tragedy and devastation felt by the Australian forces in the Great War between 1914 and 1918, an attitude began to build that more could be done to support our returned soldiers. Australians had gallantly fought in Gallipoli, Palestine, France, and Flanders, contributing to the conclusive allied victory. However, the First World War had resulted in significant loss and injury of Australians servicemen and women, and it remains to this day the costliest conflict in our nation’s history in terms of deaths and casualties. At the time, our nation’s population totalled fewer than 5 million people, with over 416,000 Australians enlisted to fight in the war, tragically 60,000 were killed and 156,000 wounded, gassed, or taken prisoner. The consequences of victory were tragic for communities, families, and Australians.

Today, Legacy is a charity focussed on providing services to Australian families suffering after the injury or death of a spouse or parent, during their defence force service. Families can receive financial and social support from Legacy, who has an acute understanding of the pain and trauma that they are facing.  The social support comes from the 44 Legacy branches spread across Australia and one in London, with 4,000 engaged volunteers acting as Legatees to widows and families of deceased veterans. This wide network of support allows Legacy Australia to care for 52,000 beneficiaries nationwide. Of this number, the Legacy Club of South Australia and Broken Hill care for 4612 veterans’ families spread throughout our state. The work that Legacy does to support such a great number of families who have sacrificed so much must be acknowledged.

Like many organisations, Legacy has faced increasing challenges due to the ongoing effects of COVID-19. As a charity, they rely on donations to fund their programs. Legacy Week is the organisations premier fundraising event, which this year ran been Saturday the 29th August and the 5th of September. In previous years, Legacy Week is carried out by veterans and volunteers, rattling the tin in communities and selling Legacy badges. Legacy volunteers can usually be seen in all our communities, attending the local sporting games, the shopping precinct, or community events to fundraise for this worthy cause.

For the first time since 1944, due to COVID-19, the Legacy Club of South Australia and Broken Hill were not able to hold their historical Badge Appeal in the usual way.  Unfortunately, due to health concerns of COVID-19, many veterans and volunteers did not feel comfortable fundraising in the community this year. For almost a century, Legacy has kept the promise to thousands of veterans’ families by providing financial and social support for those in their care during times of hardship and grief. Legacy was determined to maintain its promise and overcome the challenges of COVID-19. To continue their valuable work, Legacy decided to shift the focus of their fundraising online where you can donate or purchase merchandise such as badges or Legacy bears. Although Legacy Week may be officially over for another year, I would encourage anyone to visit their website – “Adelaide Legacy . org . au” – and donate to continue the support.

I would like to thank Legacy for reaching out to me to be involved in this year’s Legacy Week. My husband David served in Iraq and I understand firsthand the importance of the social and financial support provided by Legacy. I am proud to be involved with Legacy and to support this fantastic organisation. I would encourage anyone to consider financially supporting Legacy, so they can continue to support those families who have sacrificed so much for this country and our state. Buying a little Legacy badge goes a long way! 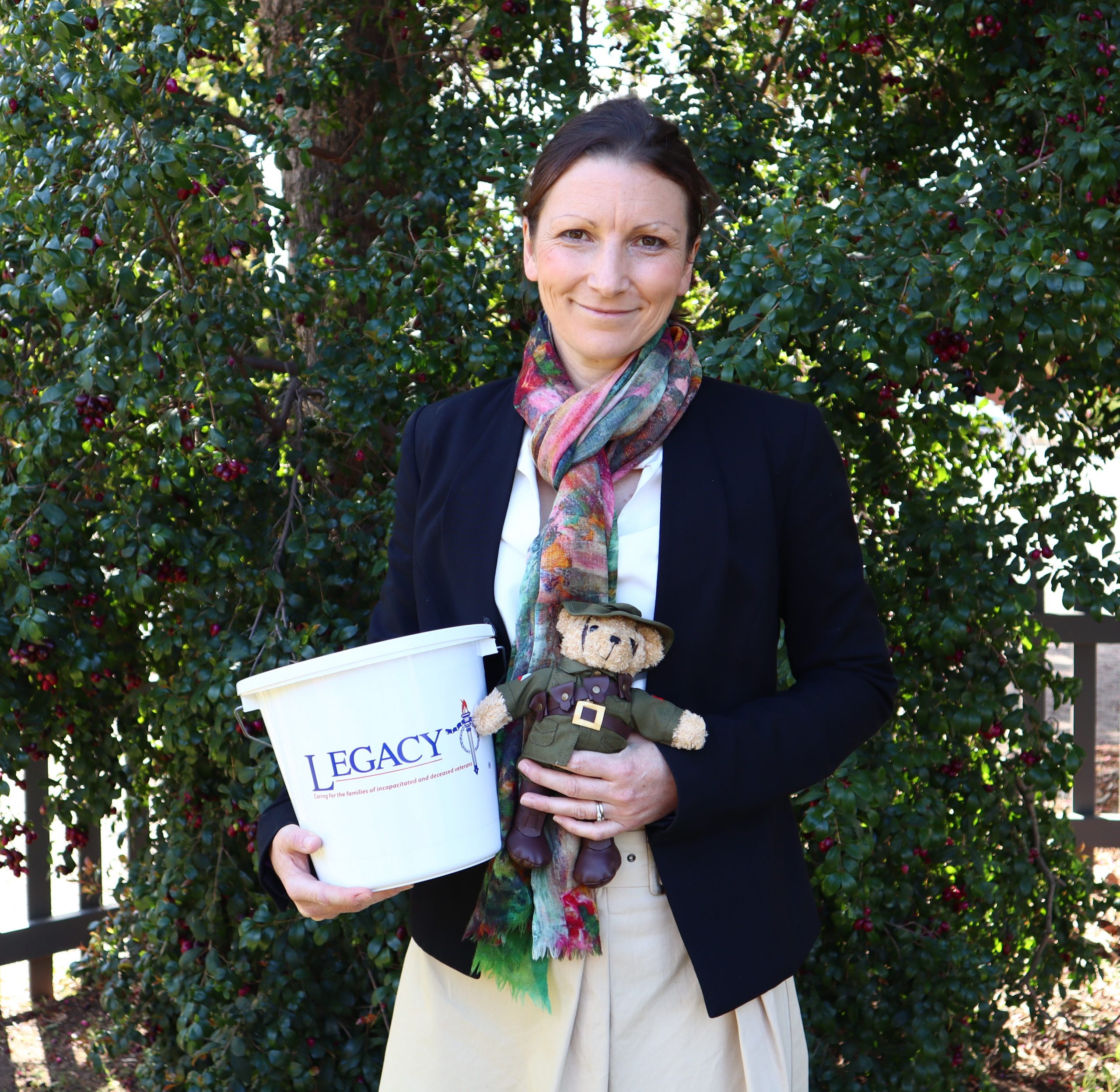